About 16km from the north of Hanoi’s Old Quarter, Co Loa Citadel was officially the first citadel in the length of Vietnamese history, and it became the national capital in the reign of King Ngo Quyen (AD 939-44). These vestiges of antique Co Loa Citadel of the ramparts enclosed an area of 5 square km, have been retained and now become a favorite historical destination in Hanoi, Vietnam. Behind the relic, there stand several stories around which attract visitors coming here, and in this article, our Hanoi Local Tour team will support your Hanoi Tours by revealing tourists a few stories about Co Loa Ancient Citadel and its people.

In the reign of Au Lac, Co Loa is located in the peak of the triangle of the Red River Delta, in which people can exchange the importance of waterways and roads. Also, from the citadel, the royal can control both the highland and lowland sites. The antique citadel is situated on Phong Khe where people live by farming, catching fishes and some handicrafts, the decision on choosing Phong Chau as the capital of Au Lac target to the development of Vietnam at that time.

As the common knowledge, Co Loa Citadel is the oldest building in Vietnam with the most large-scale structure and the long historic stories. Co Loa was built according to the spiral-shaped type, and right after that Vietnamese called it Loa Citadel. At the time Co Loa Citadel was built, the ancestors of Vietnam nowadays knew how to use the natural terrain advantage and utilize the height of the hill, mound to build the walls on the outside. 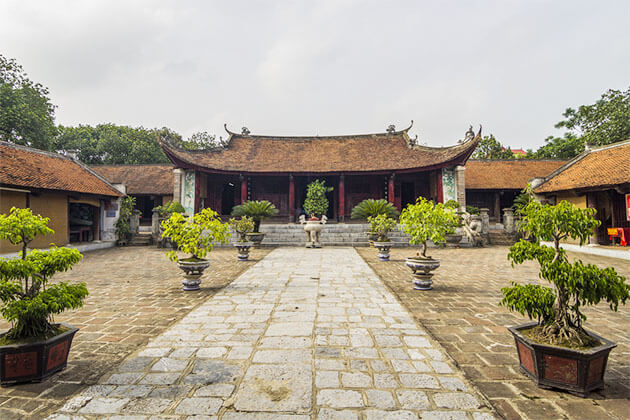 In accordance with the legend, Co Loa citadel has 9 walls and surrounded by deep moats which could let the boats transfer easily. However, it has been eroded by nature, today only remains 3 walls left with the total length of 16 km, they are: Outer Wall with a perimeter of 8km, the Middle wall with a perimeter of 6.5km and the Central wall has the perimeter of 1.6km. The Middle Wall used to be the residence of Kinh An Duong Vuong with his court, and today it’s the place of the temple and the other historical remnants of Co Loa.

Co Loa Citadel has the perfect connection with the miraculous legend of Vietnamese, to take an example: since King An Duong Vuong established the kingdom, the Citadel was constructed; the magic crossbow as a gift from the Golden Turtle which can kill hundreds of invaders; the heartrending love story of My Chau princess and son of Trieu Da, Trong Thuy, and so forth. Time to time, the citadel together with its historic characters has become a legend in the sub-conscious mind of Vietnam. 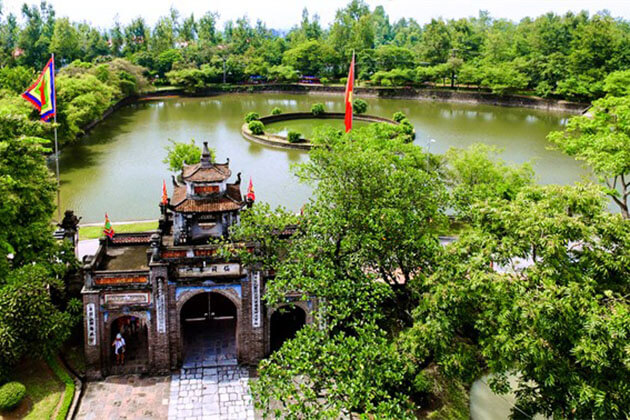 Remind Co Loa is the way we figure out the deep significance of this Citadel in the flow of Vietnamese history. Besides these old stories, we now can learn from it in many terms:
– In military terms, Co Loa Citadel represents is the witness of the tough period as Vietnamese fought against the enemy, it’s also the solid defense to protect King and the capital. 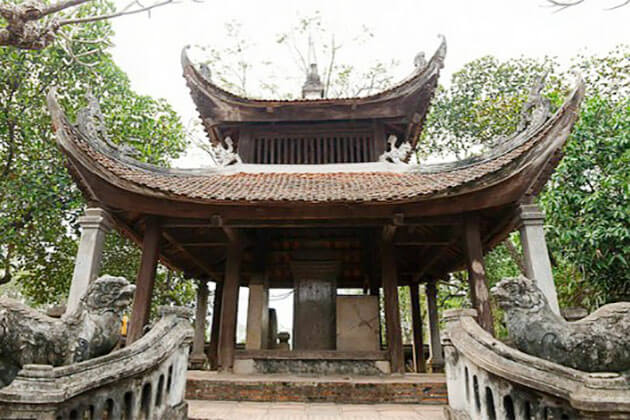 – In social terms, the division of the area for the King, Co Loa Citadel is the living evidence about the social differentiation of time. Thanks to the citadel, the King was not only separated from the public but also protected by soldiers.
– In cultural terms, we all know that it is one of the oldest buildings, and actually, Co Loa nowadays becomes a cultural heritage, an indication of the creativity, and also the Vietnamese culture,

In the age-old period of the country, under the reign of King An Duong Vuong (Thuc Phan in Vietnamese). An Duong Vuong decided to build Co Loa Citadel, located at Dong Anh District, Hanoi at present, as the royal palace of Au Lac, the original name of Vietnam.
Aiming to commemorate the event since King An Duong Vuong started moving into the citadel, the whole locals of 12 hamlets in Co Loa and 7 other communes around the region held Co Loa Citadel Festival within 10 days, from the 6th to 16th of the first Lunar month. Although the citadel has witnessed the loss of the country when fallen at enemy’s hand, Co Loa citadel has been experienced the ups and downs together with Vietnamese people until now, thus it has been always an enormous pride of Vietnam as a relic of a formidable period against foreign invasion. 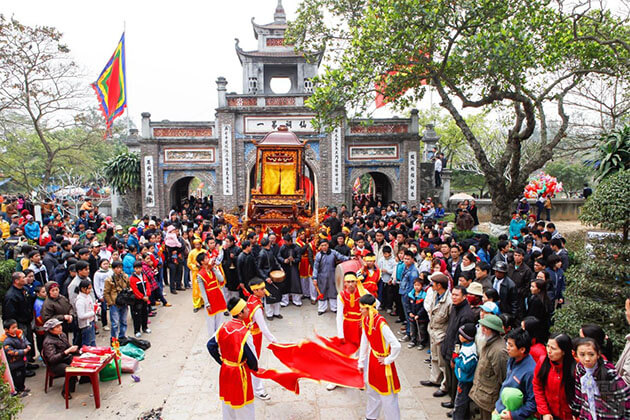 In the afternoon of the 5th day, the eight communes celebrate a ceremony with incense offering at the sacred communal house. At the same time, at An Duong Vuong temple (or called Thuong Temple), the most respected older among 8 communes hold the same ritual with the revision of An Duong Vuong’s accomplishments and merits. On the next day, it’s the official festive day in the 10-day duration of the festival, a solemn procession for a funeral oration is taken with an incense burner and stone tablet from the house of the older to the Upper Temple (Thuong Temple) where filled beautifully with colorful flags. They’re decorated with a painstaking effort to hope a solemn ceremony. 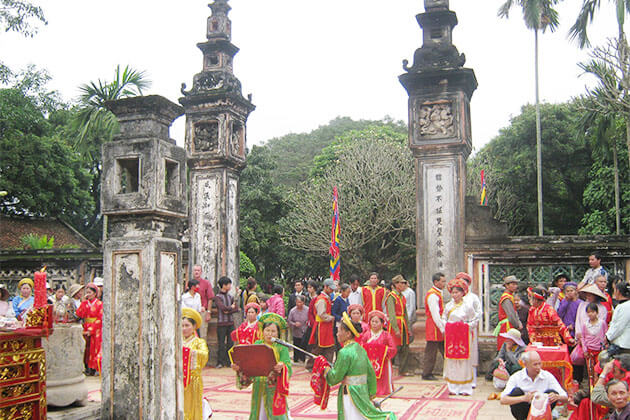 How to get Co Loa Citadel

Co Loa Citadel has been 16 km from the Hanoi center to the North, and tourists can select various kinds of transport to move here, but we mention the bus as the most convenient transport for travelers:
– Public bus number 46 (Cost 7,000d) runs every 15 minutes from My Dinh bus station, Hanoi. If you’re in the Old Quarter, you can take a taxi to My Dinh, it costs about 120,000d and a “xe om” costs 50,000d. Arrive in Co Loa Citadel, you have to go on foot for around 500m to get Co Loa Ancient Citadel.